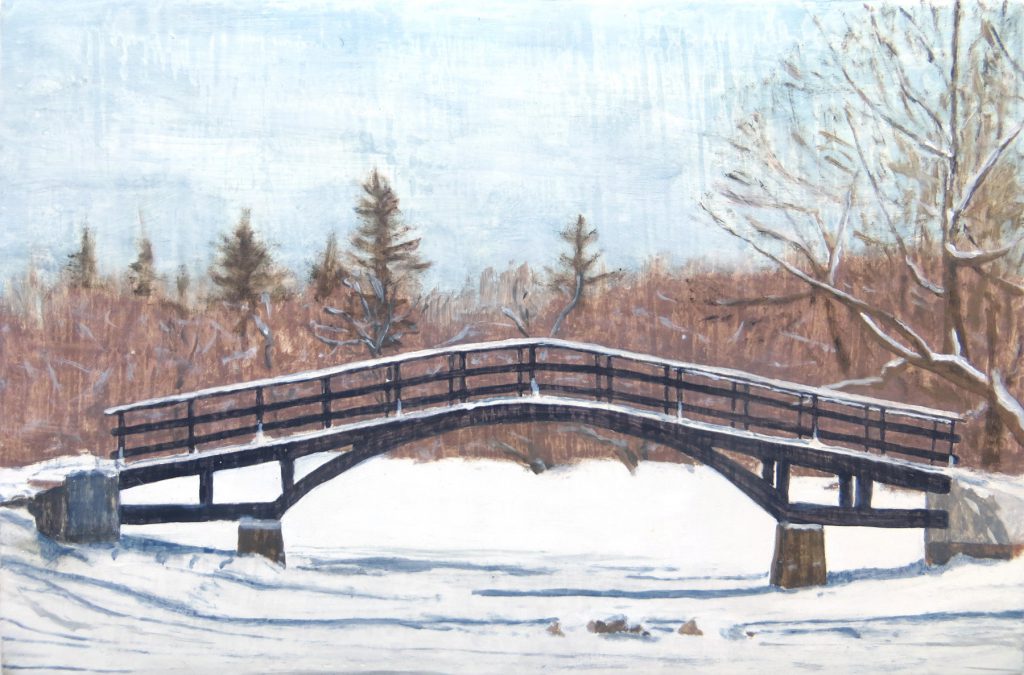 It was not until they travelled together to Manhattan that the significance of bridges came upon them. That first yellow cab taxi ride took them by surprise. And when they landed on the “other side” they were in a place all too different from anywhere else they had been together before. It seemed so much bigger a step than driving over the St Lawrence River to reach the island of Montreal.

She no doubt had had much more experiences with bridges than he had. She grew up in Bangkok, a city of millions, defined by the great and winding Chao Praya River. Bridges in Bangkok mean getting to the airport and getting to University. When he first saw the Chao Praya it reminded him of the Thames in London, and when he first came to Bangkok he stayed on the other side of the river from her parent’s house. So the daily bridge crossing was both a feeling of going home and a feeling of leaving. When he proposed to her, he wanted to be on the middle of a bridge, neither leaving nor going, always being at home.