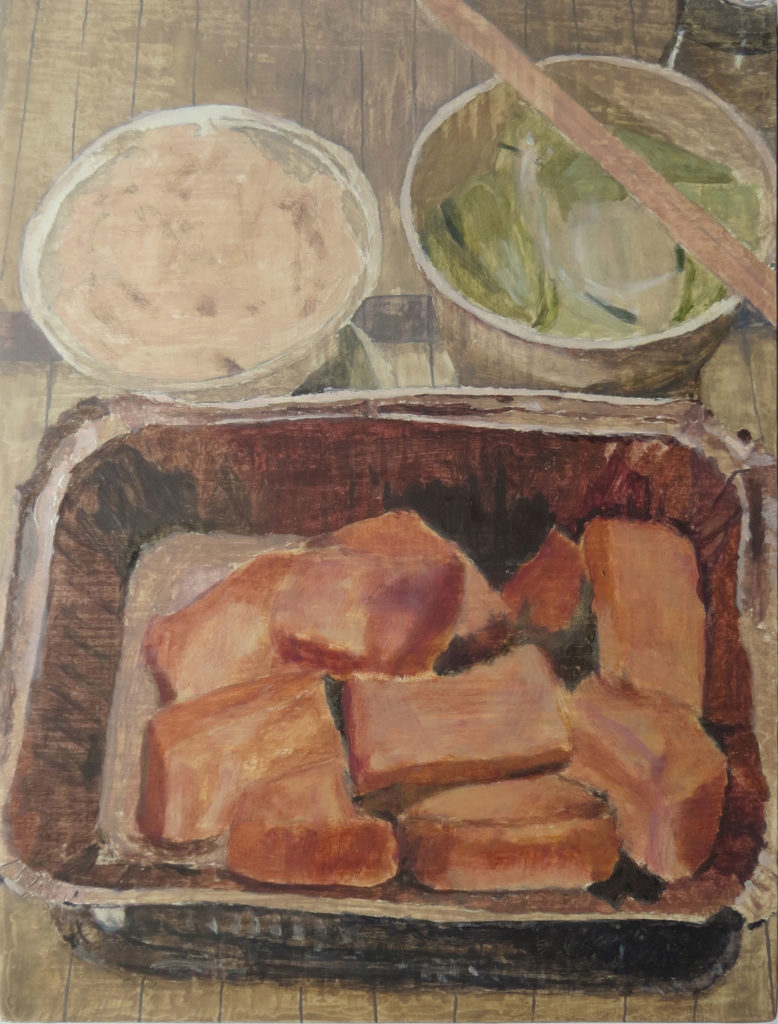 So this meal may not look like much. It is certainly no banquet, but it reminds me of how life doesn't have to be glamorous or complicated in order to evoke a feeling of wonder and of beauty. The simple things in life are beautiful. And simple things remind me of home.

Growing up in Auckland, New Zealand in the 90s, there were only two Chinese stores in the city and they were quite a way away from where we lived. The local supermarkets at that time did not stock Chinese vegetables, or tofu for that matter. So whenever we made a trip into town to go to these shops we’d always stock up on Chinese goodies and veggies – my favourite being the shanghai bok choy, also known as baby bok choy.

A good Chinese restaurant or a good Chinese dish is not simply about the quality of the ingredients, but lies in the dish’s ability to showcase the marriage between the ingredients – and, of course, the almighty wok. When you take a bite out of a nugget of tofu or an asparagus spear that has taken on the energy, or the “qi”, from the wok, the energy literally envelopes you. A feeling of being wrapped up in warmth; a feeling of being at home.

A bowl of rice also means so much more than it looks. Rice is the foundation and the essence of being Chinese. In fact, rice flour is used in the concoction that holds the building blocks in the Great Wall together. Growing up, rice featured at least two to three times on any given day. My favourite afternoon snack after arriving home from kindergarten was a bowl of rice with soy sauce – to this day, I still love a bowl of steamed rice with soy sauce.

And finally the chopsticks – the chopsticks have taught me so much – the arts of balance and perseverance – securing food between those two slivers of wood is no mean feat! The principles of discipline and respect – waiting for your turn to select the next morsel of wok-powered deliciousness.

The meal embodies so much more than the ingredients depicted. It is more than home. It is life in a picture.