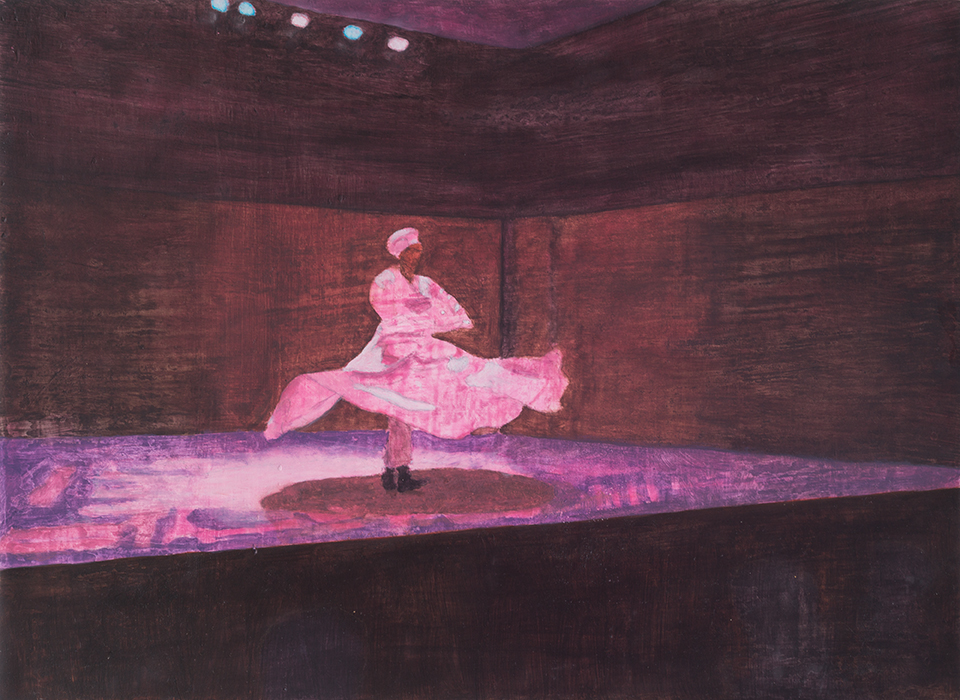 This Sufi dance took place at a concert in Arizona where the Indian-Iranian singer mixed Persian folk songs and melodies with Indian traditional music and electronic instruments. For me, the songs were like moving along and between borders and edges. The dancer appeared on stage and spun for almost seven and a half minutes, in Sufi style, adding to the complexity of the music. The dance was simply a constant spinning while standing in the same spot on the floor, her head and body moving and her skirt flying around, a symbol of crossing spaces but standing strong on the ground. She spun so many times in the same place that it was almost nauseating, and then she calmly came to a stop.