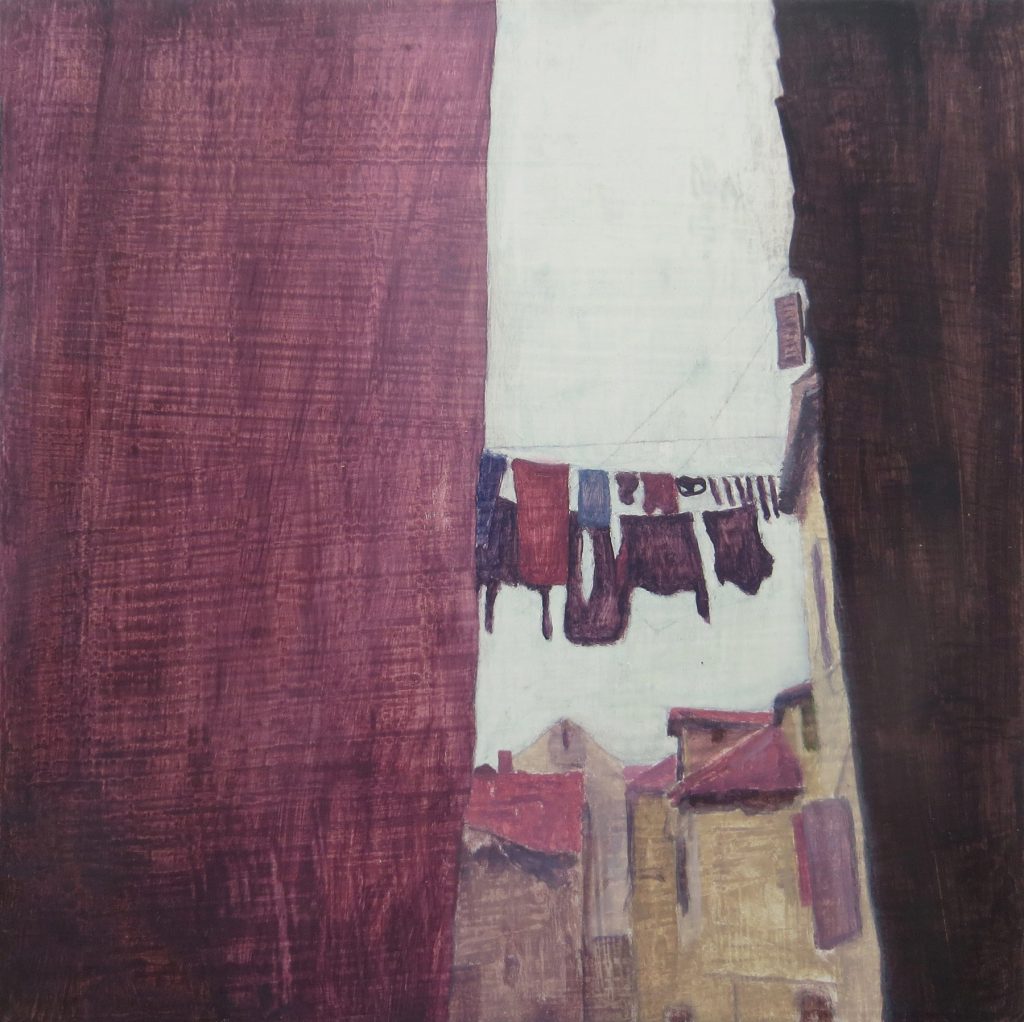 Cobbled roads are called ‘kale’ in the Split dialect. They are narrow, shiny and slippery and usually filled with people. It’s a web of roads in the old town, inside the remains of Diocletian’s Palace. One walks in between monuments and ruins, past museums and shops with loads of restaurants and bars.
I just love walking around the old town – walking the hidden walkways and taking shortcuts from A to B makes me feel like a local again. And having a sneak peek into people’s day-to-day lives in the old ruins of the palace, listening to people talking, couples fighting, and inhaling the passing smells of whatever they are cooking. Their homes are tiny in these buildings and living there is very noisy due to the buzzy seasonal life.

Unfortunately I just missed a photo of the lady who was hanging up her clothes. It’s a clever washing line system that connects two apartments with two completely different family life stories.
Somehow I don’t have the same feeling I have for Split when I’m thinking of Berlin, although I lived there for 17 years and call it my second home. I made great friends there and know both the West and East part of the city very well, but due to it being a big cosmopolitan city I never feel melancholy about it in the way that I do because of my deep love for Split.

It’s not so much the people that I deeply connect with in Split, more the landscape and the old town where I grew up. In fact, I don’t actually like what Split has become after the war, so I don’t have many new friends there.

In Berlin it’s the exact opposite. Berlin shaped me and made me open-minded, taught me to be strong enough to go anywhere I wanted and do whatever I like. I arrived into a whole new culture there as a teenager, not speaking the language and amongst people with a different mentality, and made it my own.