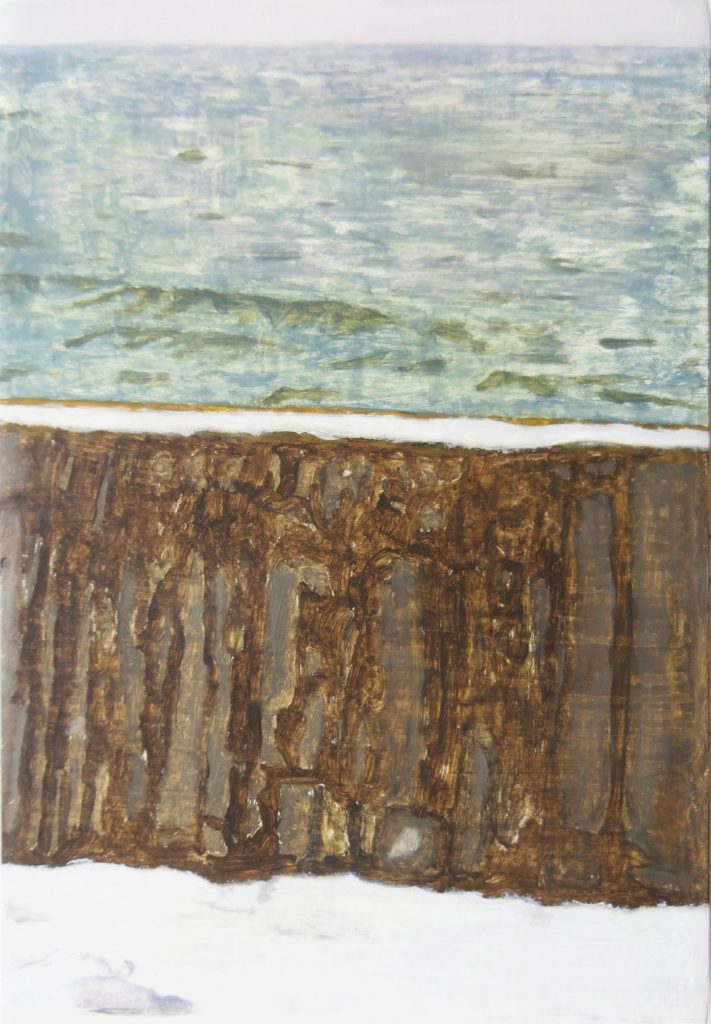 My whole life I’ve been surrounded by water – in Toronto I grew up on an island, just a short ferry ride from the city, and in Cape Town I live on a peninsula, flanked by two different oceans. The irony, of course is that I’m a terrible swimmer and terrified of water. When I was a kid I watched a doccie about whales at Harbourfont with my parents, and when the whales (and the photography) went deep down into the murky oceanic depths, I slid down in my chair with anxiety. It was the same effect that watching Aliens in the cinema had on me as a teenager.

This image is pretty iconic to me: the boardwalk and its loooong concrete wall, which stretches all the way from just past my mom’s house on Ward’s Island to Centre Island in one long, unbroken, slightly rounded, slightly bumpy reassuring mass. And underfoot the uneven soft, warm and yielding boards of the boardwalk, making their still-familiar thunk-thunk-thunk when you run on them. Except not in this image, of course, because it’s covered in snow, which is also pretty iconic of Canada to me. And the lapping of the waves, gentle and insistent all summer long. In the winter ice forms across the beach and at the edges of the lake, but the water keeps on lapping.