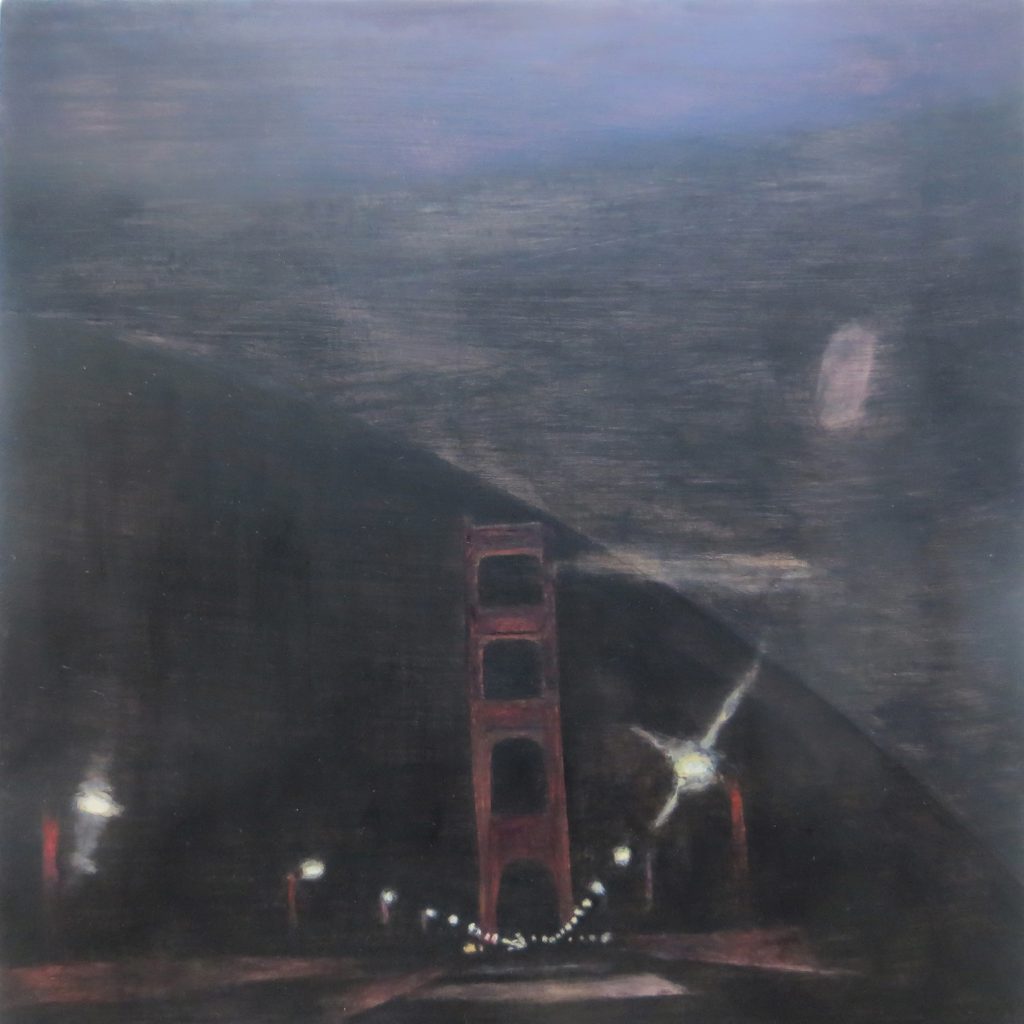 I sometimes feel like when you enter a new place, it will tell you whether or not you are “home”. I felt it the first time I went to South Africa, when a border guard said to me merrily, “Are you coming home, love?” And I said “yes”, even though I’d never been there before, because the feeling of home was all around me. I quickly fell madly, irrevocably in love with South Africa; a place I’ve never lost the longing for. In the same way, after landing in L.A. for a work conference, as the driver drove away from LAX I felt like I was appraising my new home in California. Less than a year later we had moved to San Francisco. In this photo, my husband had just picked us up from the airport and as we drove across Golden Gate Bridge (which subsequently became a constant marker for me between “The City” and Marin County), I felt as though I was having a spiritual experience. And every time I’ve crossed it since, the same wonder and awe remains. It’s like crossing to the other side, where you pay the blind boatman with your coins and he takes you to paradise. It’s a sign that I’m going home to Marin County, where I always long to be, hiking alone on trails held upright by the beauty of my beloved redwoods.