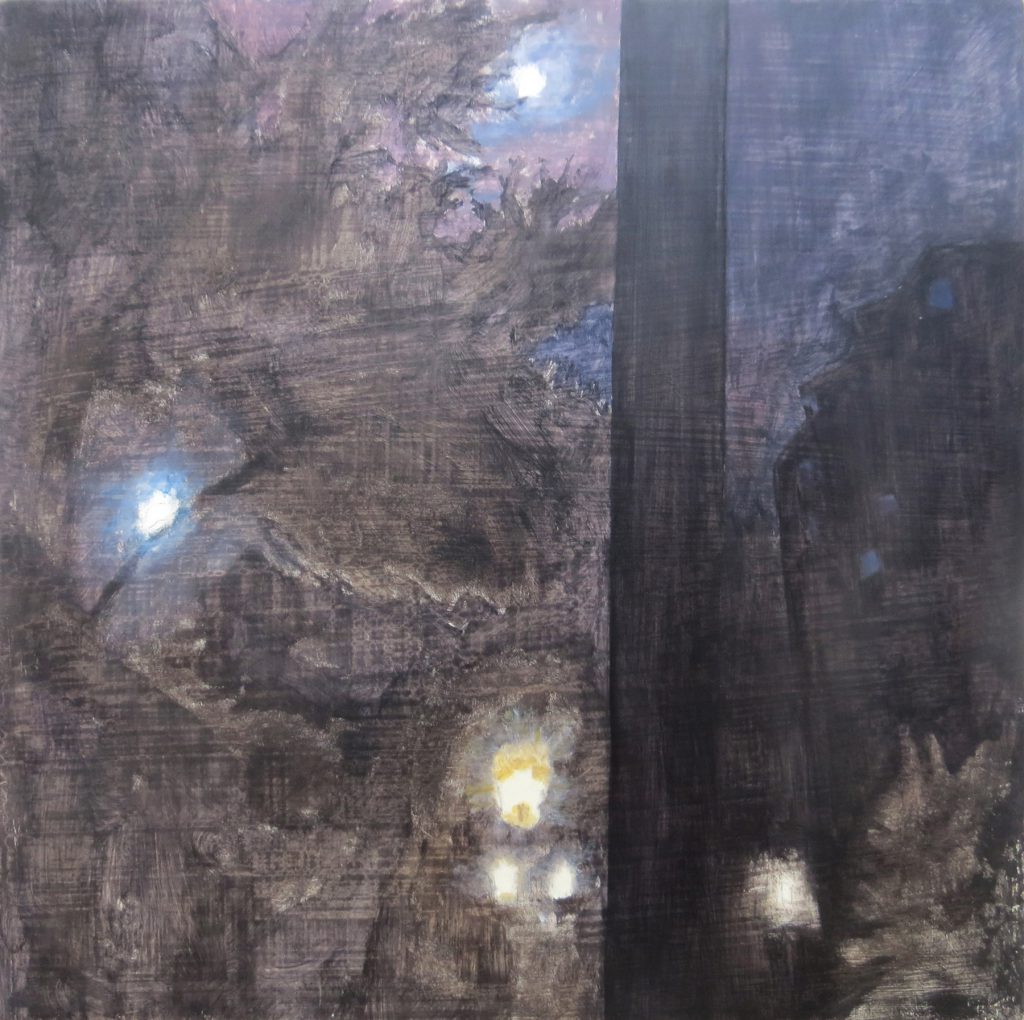 Living in Toronto, in Parkdale (long before it was “cool” and full of hipsters), we lived on the wrong side of the streetcar tracks of High Park. My parents would frequently take us to the Park to skate on Grenadier Pond, and play by the Great Maple Leaf, and visit the zoo. Those trips filled me with such joy, it became my dream to cross those tracks and become a resident of High Park. Though physically not so far away, it remained still a world away. As an adult with a husband and two young children in tow, after our return from South Africa we spent a brief time again in Parkdale, filling me with old horrible memories of violence and poverty. When we were financially able to live in High Park, right across the street from the park itself, it was as though all my dreams had finally come true. Nestled on one of the side streets in a townhouse, this photo was taken late one evening outside my doorstep, with my children soundly safe and asleep, and the streetlights along the wide paved roads, with the maple trees creating a huge canopy above them, the moon glowed, telling me I was finally home.